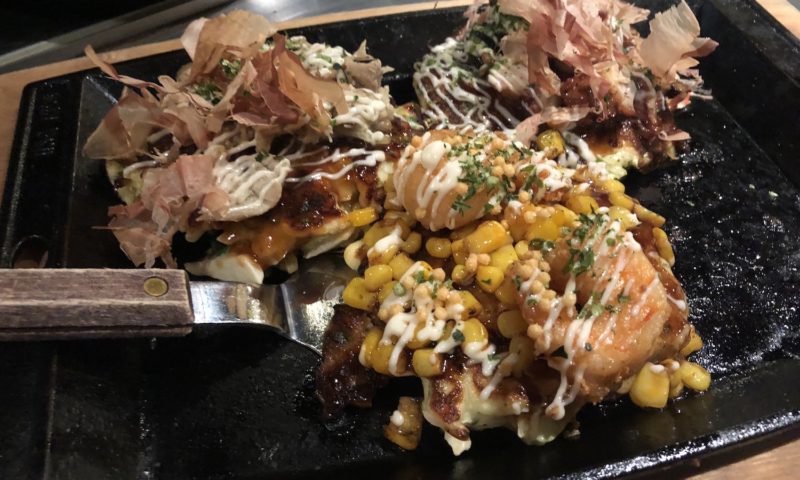 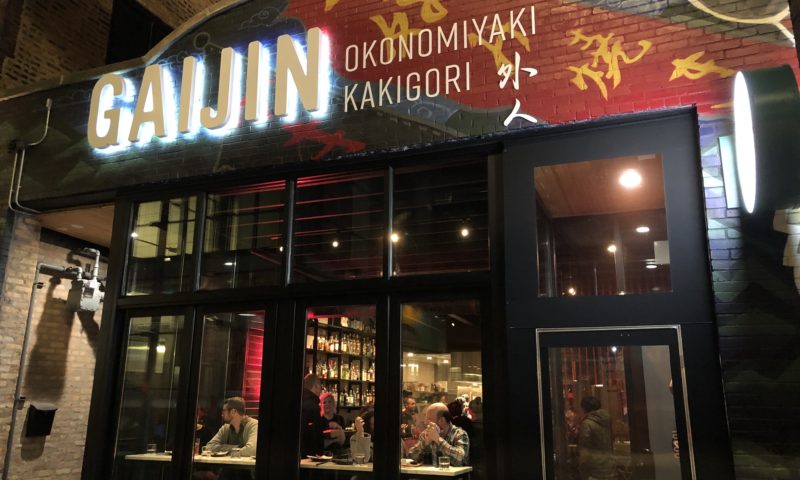 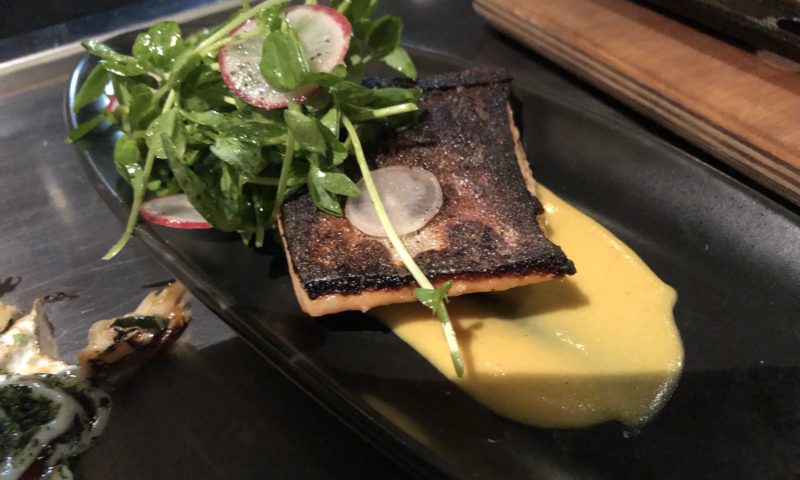 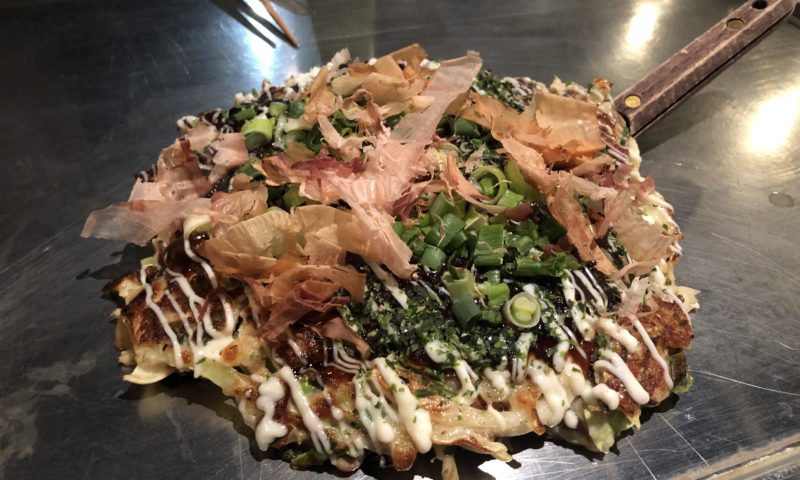 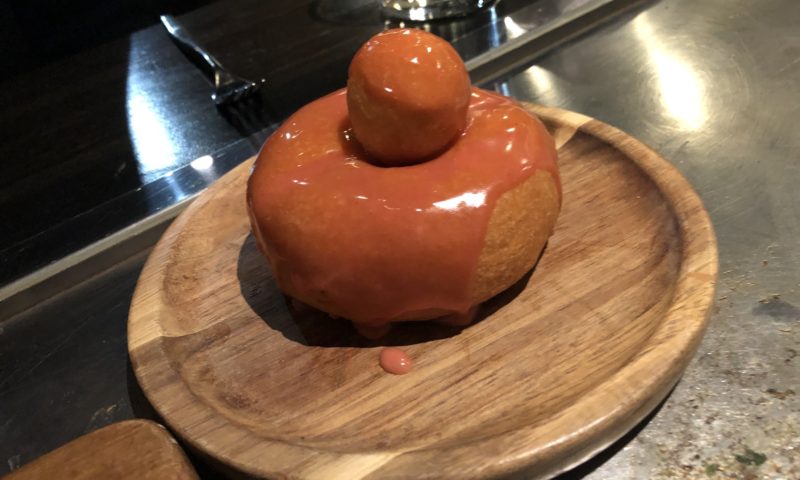 If there’s a better way to consume shaved ice than the Kakigori at Gaijin, I don’t want to know about it.

I’d never ever heard of Kakigori before going to Gaijin and I’ve eaten my weight in Japanese desserts…in Japan. 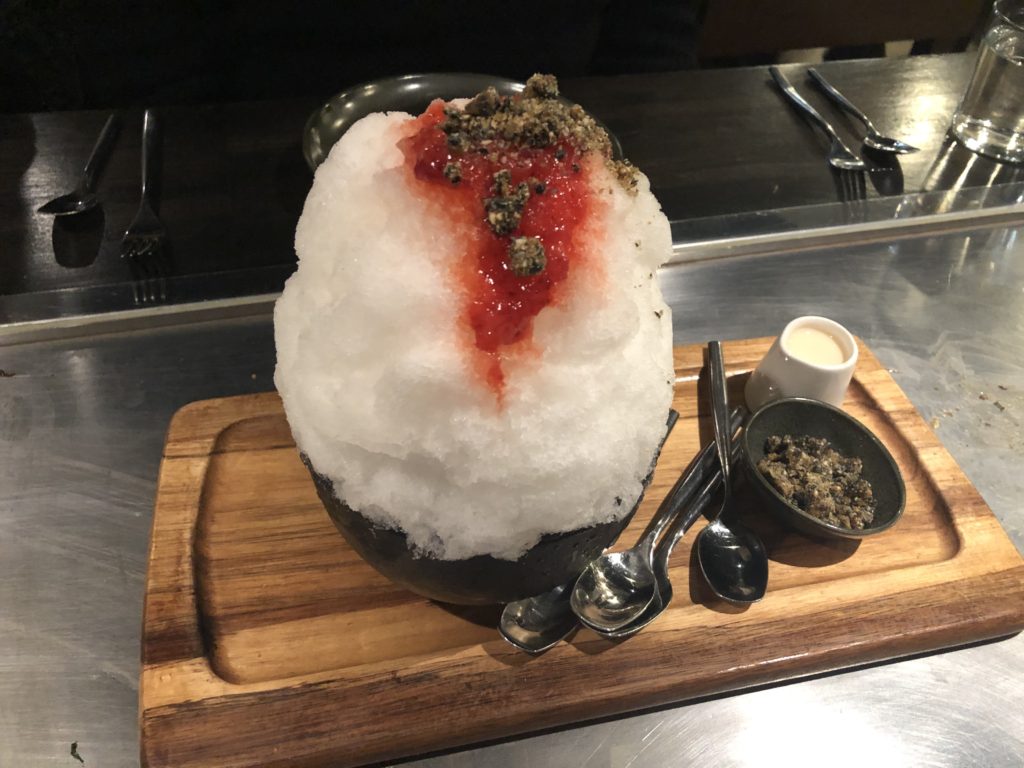 Kakigori is basically a giant snowcone, Japanese style. We tried the Sesame Yuzu flavor based on our server’s recommendation. I could dissect every little detail why it was so ridiculously good, but instead, just trust me that it’s one of the best desserts in existence and go get yourself one. 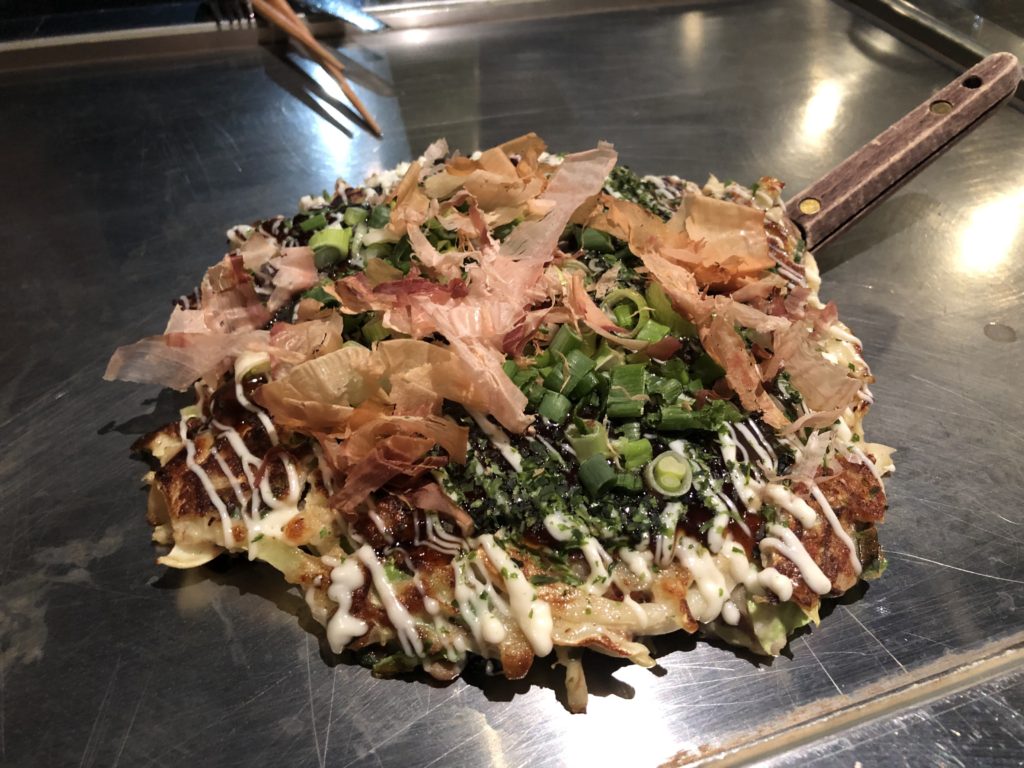 Now onto the “star of the show” at Gaijin: Okonomiyaki. If you’ve never eaten Okonomiyaki, it’s a huge savory pancake chock-full of proteins, veggies, and whatever else you want to put in it, then topped with multiple sweet and savory sauces. We tried both the Hiroshima-style and the Osaka-syle, and there wasn’t a clear winner (or a crumb left over) from either one. If we weren’t in a social setting, I would have licked the plates clean. 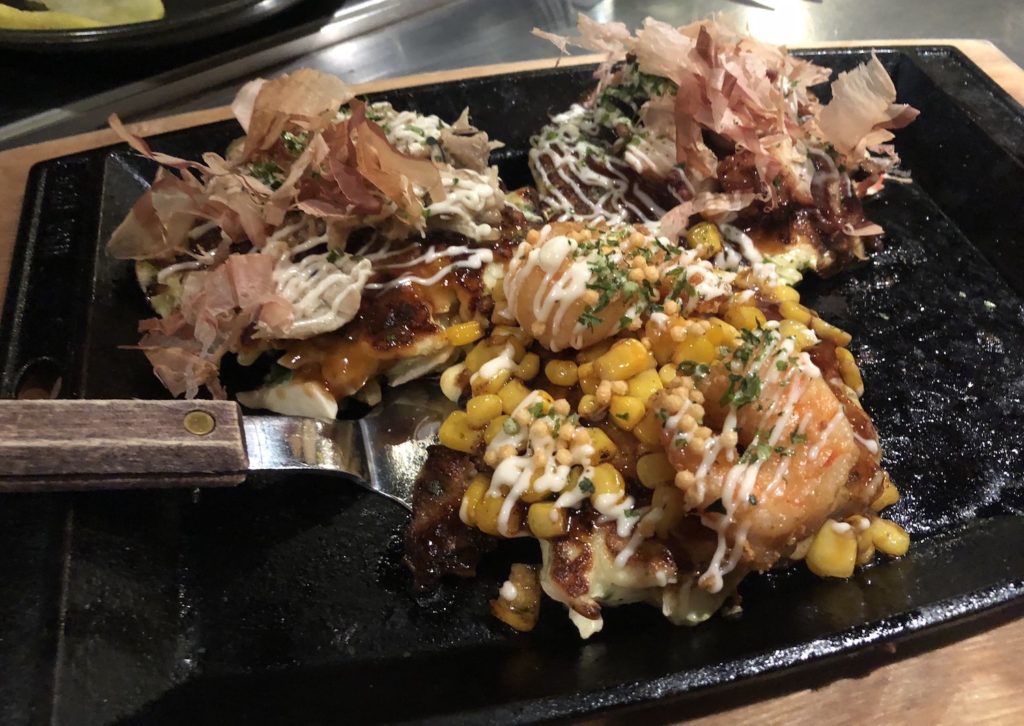 A “flight” of Osaka-style Okonomiyaki.

Gaijin has a cool space, trendy decor, open kitchen, basically about what you would expect from a new hotspot in the West Loop. 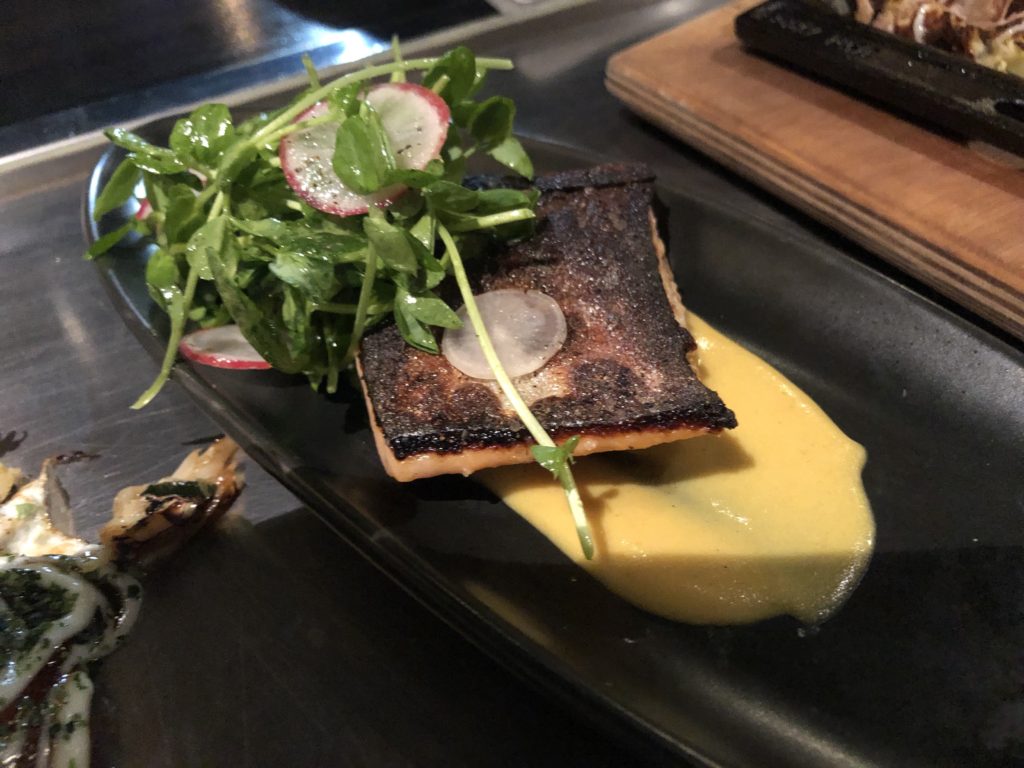 One thing that isn’t something you see everywhere: the hotplate embedded stylishly into the table that keeps your Okonomoyaki warm while you’re eating it. A stroke of genius. 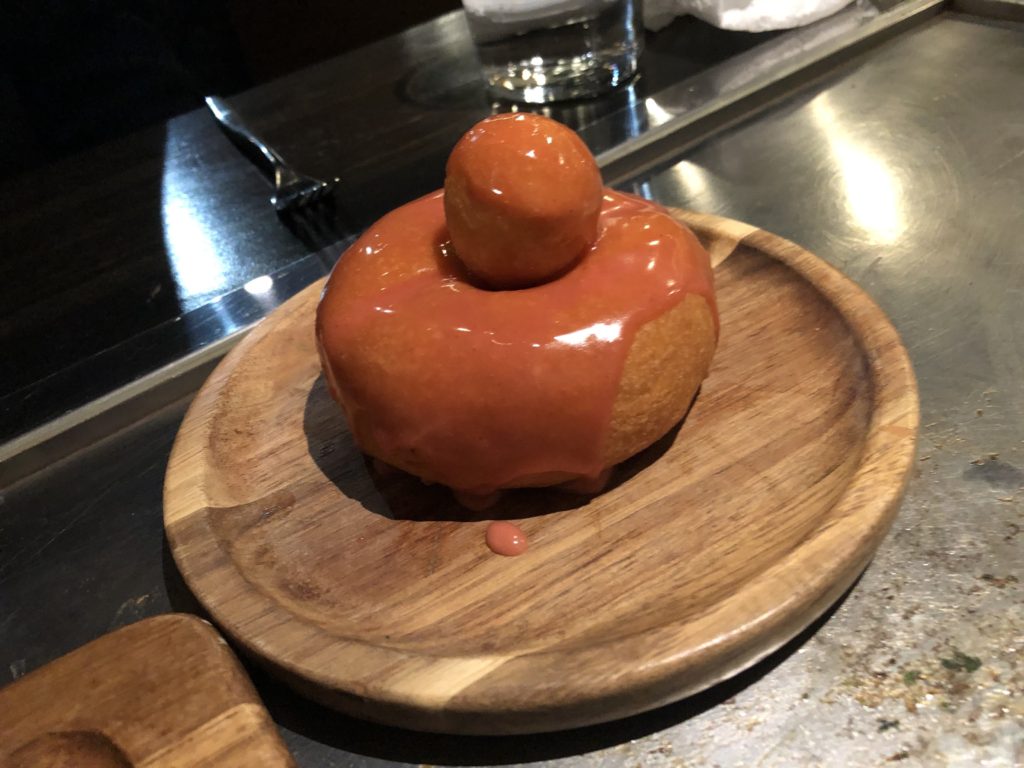 A Strawberry Mochi Donut. While good, it just wasn’t on the same level as the unbelievably good Kakigori. Get that instead…or both.