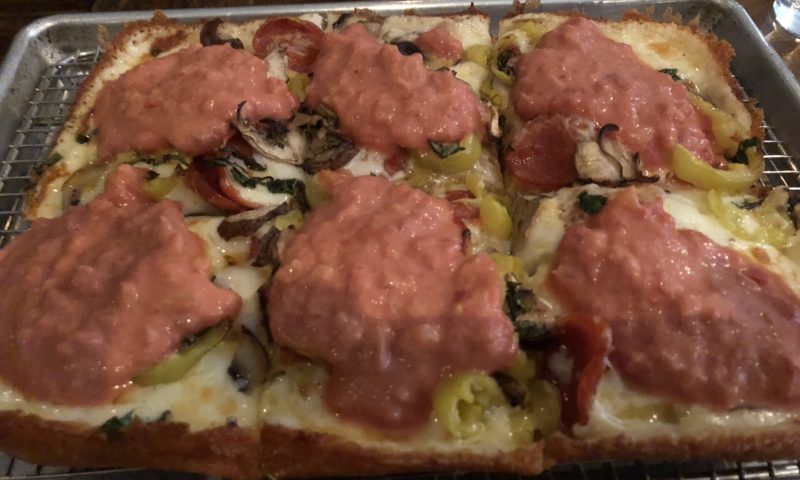 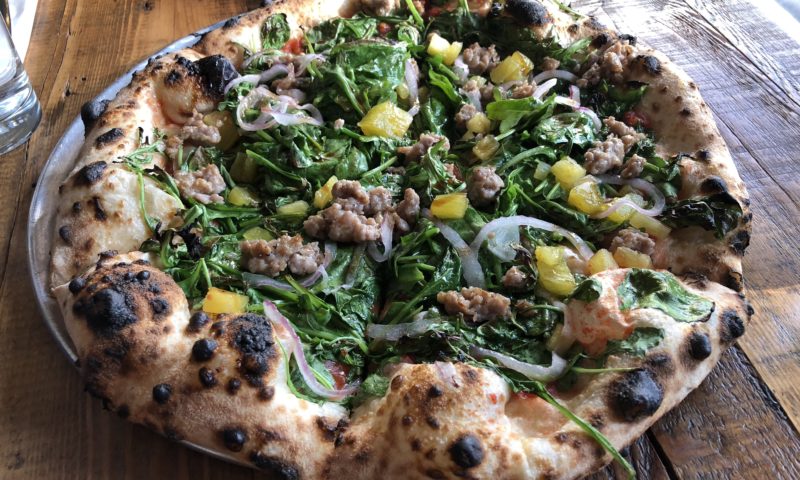 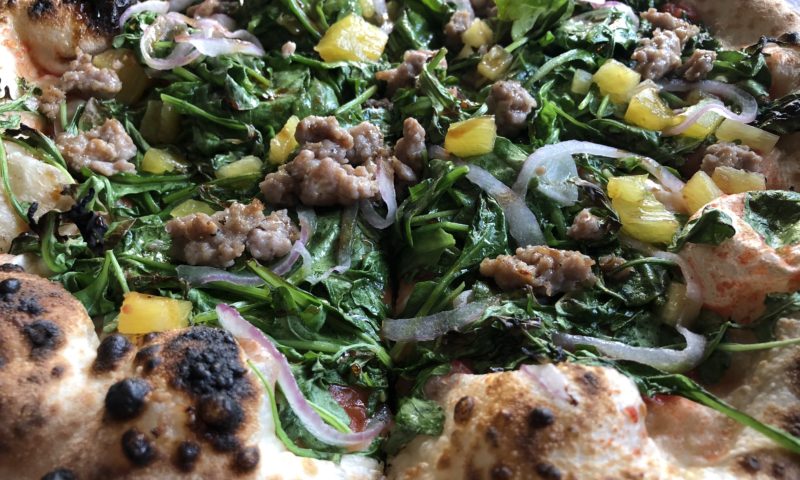 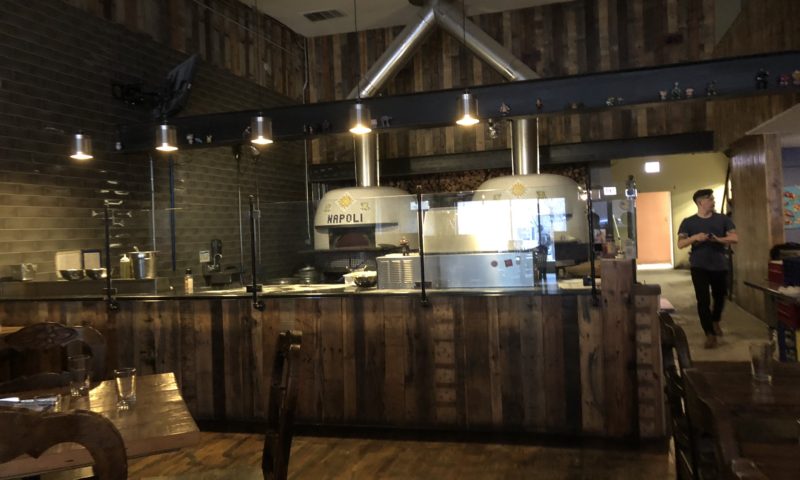 I feel a little strange writing about Paulie Gees. It’s not because I just whoofed down an entire pizza…and a few slices of my wife’s pizza. That’s a normal Tuesday afternoon.

It’s because while writing about Paulie Gees I feel I’m caught in a betrayal. Not to a person, but to a place. A pizza place. What used to be the pizza place in my mind.

Why am I thinking about Pequod’s at a time like this?

Well, Pequod’s Pizza used to be the place I’d tell out-of-towners they have to try on their visit to a Chicago pizzeria. I fell in love with Pequod’s crispy burnt-edged crust, its fennel-smacked sausage and that sweet tomato sauce.

But now I must betray my first pizza love. Why? Because Paulie Gees gives me the same satisfaction. It’s like when you think that nothing could top the movie Godfather. Then Godfather 2 comes along and it’s just…better. 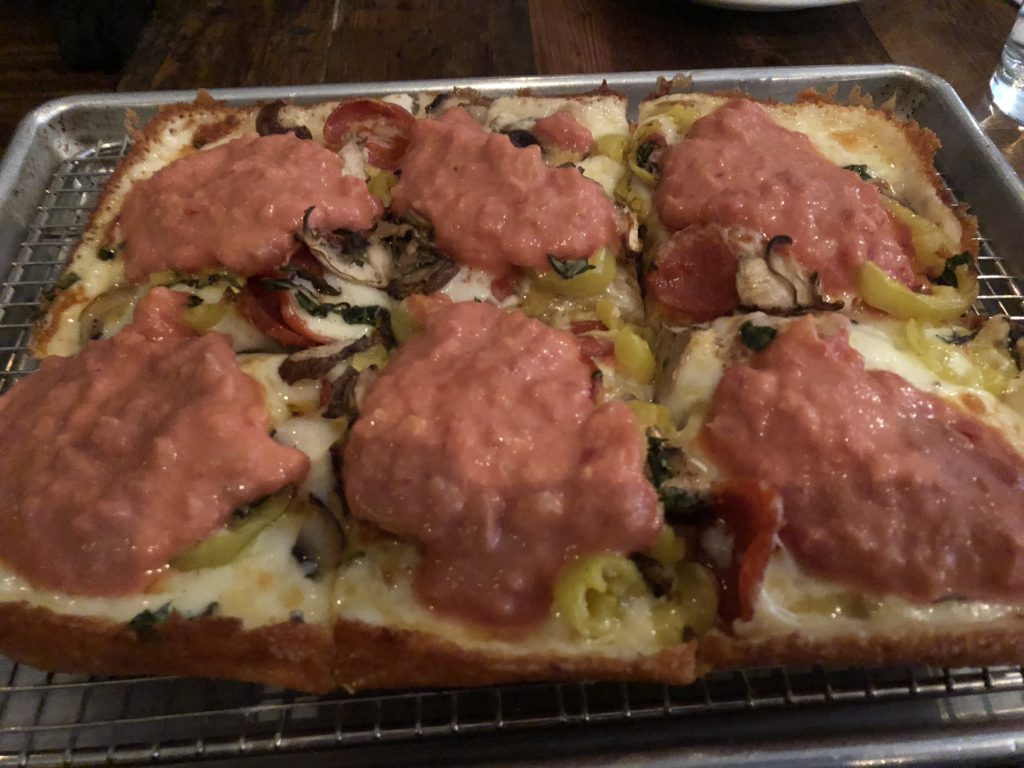 Detroit-style pizza. It’s like the old cheesy pizza bread you used to get at Dominoes, but at least 16x better.

Paulie Gee’s Detroit-style pizza has it all. The crispy burnt edges, the spongy inside, the sweet sauce. Only it’s better. Paulie Gees’ toppings are tastier and the meats more exotic. The sauces are creative. They rotate a new pizza in every month. They have vegan options for our meat and dairy-free friends. The square shape that’s perfect for sharing. The fact that they have a gluten-free version, which in my opinion is *ghasp* better than its glutenous counterpart. 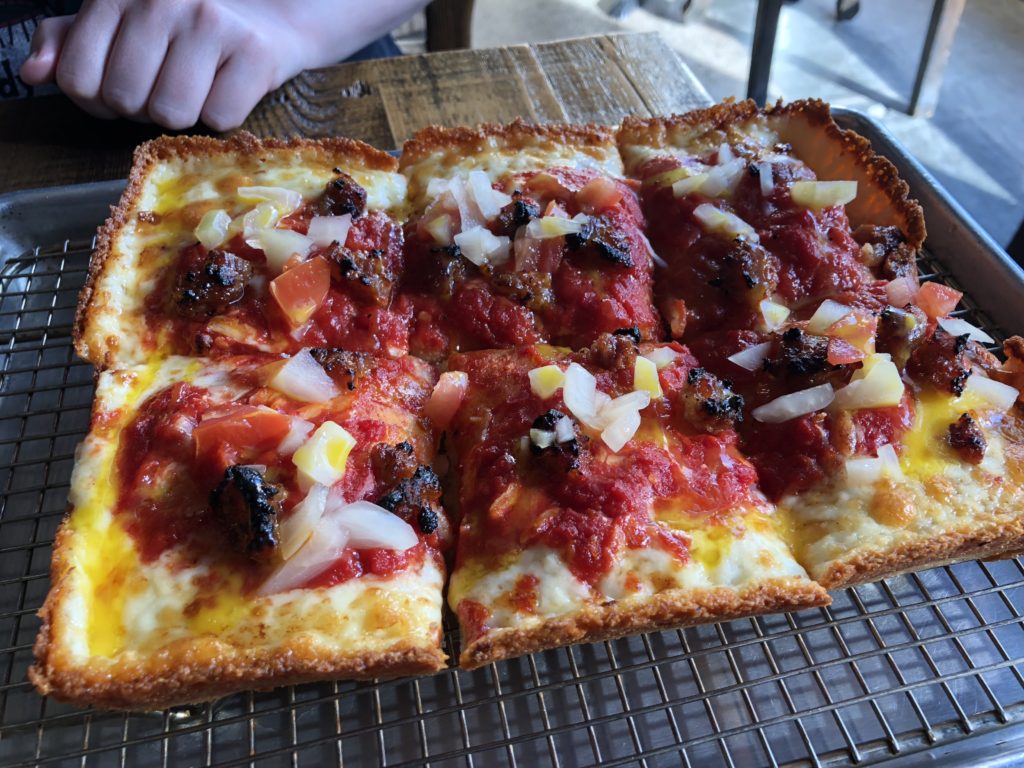 And here’s the other thing about Paulie Gees: it’s not just the Detroit style pizza that’s great.  The Neapolitan style pizza, fired in one of two giant Italian pizza ovens, rivals the best I’ve had in Chicago – a lofty pedestal currently occupied by Spacca Napoli in Ravenswood. 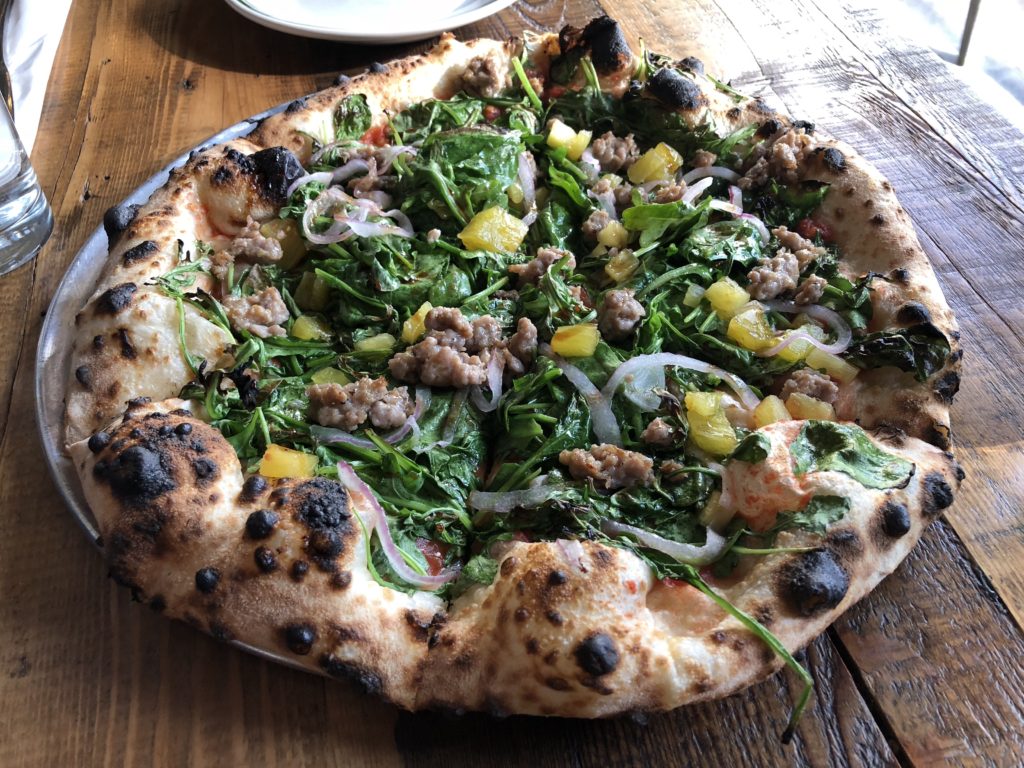 Neapolitan-style. Don’t be fooled. The greenery doesn’t make this healthy. It does however, make it DELICIOUS.

But it doesn’t end there. While recent trips to Pequod’s are fraught with long lines of hungry tourists, Paulie Gees has a distinctly better vibe. The lighting is better. The bartenders and staff are cooler. They have fire station doors that they open in the summer. Cute dogs rest their little paws on the knee-high windowsill with perplexed “what is THAT smell” looks on their little faces. There’s rich wood everywhere and creative cocktails and great craft beer gracing most tables. They do a shot and beer special with a pizza on Mondays. It’s a distinctively Logan Square vibe, and executed to perfection. I know it’s a chain. But chain or no, the palace oozes charm. Charm and a heavy dose of very good pizza pie.

I do have to admit that there was a single turning point that led to Paulie Gees as my pizza place of choice in Chicago. It was caused by a goopy Amber-yellow goo served in a small ramekin. If you’ve been there then you know what I’m talking about. It’s sticky. It’s spicy. The taste smashes your palate like a fire truck through a plate glass window. That HOT HONEY.

Ask for a side, dip your pizza in it or slather it over the top. Then, and only then if you want to tell me that there’s better pizza in Chicago, I’ll listen.