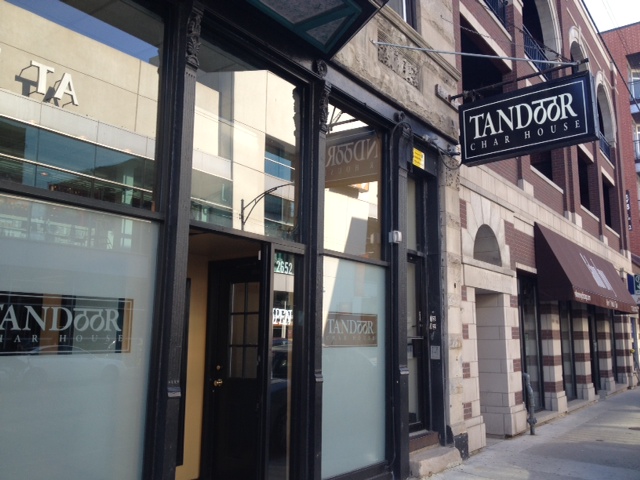 At one point in the meal the owner came by our table, throws on an Italian accent and loudly exclaims: “Hey youz two guyz, youz want any more a dis gaahrlic naan!?”. We all broke out laughing (including the owner). Awesome service, hilarious owner.

The food at Tandoor is the best Indian I’ve had in Chicago, the owner told us that most of the dishes are handed-down family recipes, the others are experiments by the kitchen staff. Right on.

One bite of the flaky, perfectly cooked Samosa (a lot of places get this one wrong and either under-cook or fry the hell out of it) and you’ll be sold on the place.

The spicy carrot achar will blow your mind. The owner told us it’s an old family recipe and after we told him how much we liked it, he gave us some for free to take home. We had a beef dish and eggplant, both were “starred” on the menu, both were mindbogglingly good. Even the basmati rice that the owner kept bringing bowl after bowl because “hey guys, it’s free” was notably awesome.

Also it’s BYOB, though they have a beer list with some really good Indian beers.