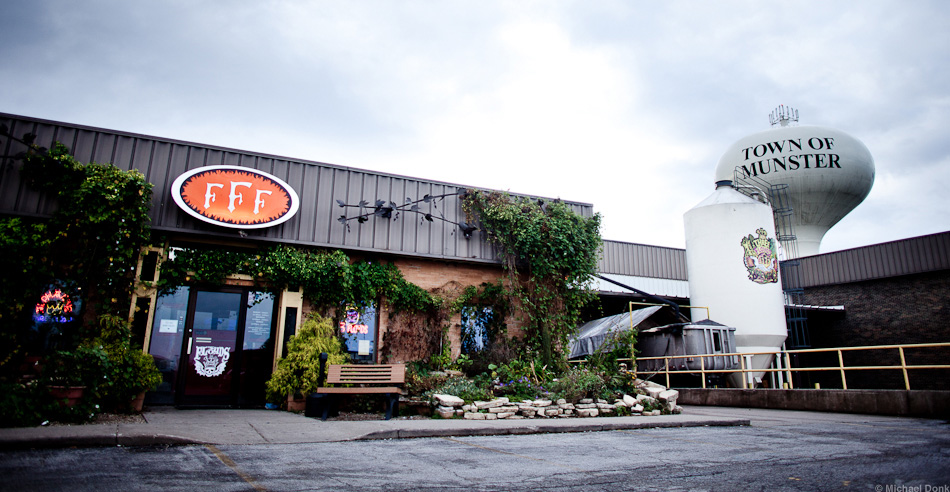 Who knew there was more than strip clubs and fireworks in Northwest Indiana?

….and that brings me to a couple of important things to know if you ever make the trek to Munster, IN to visit Three Floyds Brewery:

1. First, order the macaroni and cheese. From what I heard they kidnapped the Chef from Blackbird in Chicago and put him on a one week straight diet of Dark Lord to conceive the menu for Three Floyds. Somewhere around the 5th day, in a fit of drunken inspiration, he came up with the Mac and Cheese recipe. I made all that up, but I would believe it if someone told me it was true. It is HANDS DOWN the best mac and cheese I have ever eaten.

2. Try beers you have never tried before. You might get hung up on how good fresh-brewed Gumballhead, Alpha King, Robert the Bruce and some of the other brews found in Chicago are, but try the weird ones.  I’m talking Arctic Panzer Wolf, Big Black Van, Zombie Dust and the other seasonal and strange brews. There are hidden gems here that are extremely good and that your friends will think you are cool for ordering.

3. Take the tour, but only if you are very interested in beer and/or Three Floyds brewing and distribution process. You can’t drink beer on the tour. Going from drinking the sweet, sweet brews in the pub to not being able to if you are on the tour is (to me) an unwelcome paradigm shift. The tour guide we had was very good and extremely knowledgeable about beer and Three Floyds, but I could tell that some of the people who were more interested in drinking beer instead of talking about it lost interest fast.

The bottom line is get a couple friends together, find a DD, and go to Three Floyds and make a day and/or night of it. You will not be disappointed.